In many ways, Avinash is the king of the “side hustle” – he has many roles that include:
(1) Speaker & Advisor – an established speaker who has consulted for some of the world’s largest brands
(2) Entrepreneur – recently sold the education company he co-founded for a reported $10M
(3) Writer – a thought leader in the world of analytics who wrote the best selling book: “Web Analytics: An Hour A Day” as well as building a large following on his blog: Occam’s Razor
(4) Googler – leads a team of 70 storytellers, as Google’s Digital Marketing evangelist

I’ve known Avinash for a few years from our time at Google. But in prep for our interview, I realized how little I knew about his personal story.

Who was the real Avinash behind the guy on stage? What experiences shaped his outlook and how did he end up in such a unique role at Google? What role did his writing play in shaping where he was today?

He hasn’t shared much of this before so I’m thankful we had a chance to get personal & discuss his incredible journey.

We go into everything from living in a factory as a kid in India, to building a life in the US & becoming a best selling author.

(1) Early Years – Growing up poor & living in a factory in India
(2) Starting his career – Moving to Saudi Arabia, the US & why he was attracted to web analytics
(3) Writing & Building An Audience – How he built an audience of 150k monthly readers on his blog, wrote a book & landed a high profile role at Google
(4) Starting From Scratch – If he was starting again, how he would focus his time to build his brand and audience again?
(5) Personal – His fear of being broke, what motivates him & what success means to him personally. 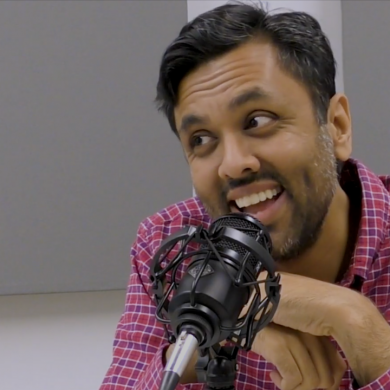