Fereshteh Forough is the founder & CEO of Code to Inspire, an award-winning organization that is empowering Afghan girls by teaching them how to code. Fereshteh was a TED speaker on digital literacy & communication without borders in 2013. Code To Inspire was awarded a Google Rise Award for their work & she was recently featured in a “change is made with code” campaign linked on the Google homepage in Sep 2016.

In this revealing conversation, we discuss everything from growing up as a refugee in Iran, to her struggles overcoming gender bias in Afghanistan, to what it took to set up Code To Inspire. We discuss why she thinks girls aren’t encouraged to go into technical fields like coding & what we can do to change that.

(1) Growing up – as a refugee in Iran & what it was like to return home to Afghanistan after the Taliban rule where female students made up 0% of the population.
(2) Getting into computer science by accident – why she hated it at first and the story behind how she ended up becoming a computer science professor.
(3) Unique challenges of setting up in Afghanistan – overcoming growing up with only 3hrs of electricity per day, dealing with gender bias & the cultural stigma attached to women in the workplace.
(4) Embracing negativity to motivate yourself – how she uses negative comments to fuel her mission!
(5) Women in technology – why she thinks there are fewer females in technical fields & what we can do about it.
This conversation reminded me how much I take for granted.
I hope it inspires you to think bigger, face your fear and take action. 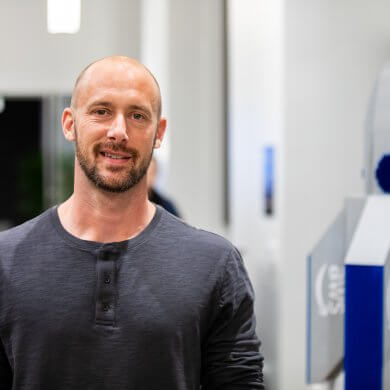