Nigel Eccles is best known for being the co-founder of FanDuel, a company that pioneered the daily fantasy sports market in the US.

You may have seen their high impact commercials on TV, heard of them becoming one of the few unicorn $1bil startups to come out of Europe or their eventual sale to Paddypower/Betfair for $465mil. Y

You may have even seen him featured in the infamous John Oliver “This Week Tonight” episode covering the industry he helped to create!

It’s safe to say – there are not many people on the planet that have the experience that Nigel has – after starting & selling multiple companies – he’s been around the block & back as an entrepreneur.

At Fanduel his experience includes raising $400mil+ in venture capital, competing with their closest rival, Draft Kings who raised over $1bil+, to investing hundreds of millions of dollars in customer acquisition on channels like TV, radio and paid digital.

In this revealing conversation, he opened up to share his perspective on:

• how to come up with business ideas in the first place
• raising venture capital vs bootstrapping
• how to accelerate paid customer acquisition & measure your marketing effectively
• building a high growth team
• the highs & lows of selling a company & lessons learned
• why founders & early employees might not always make a return from a sale because of preferred vs common stock
• creating a new market vs capturing an existing one
• why “going viral” isn’t a good strategy for paid products
• what to do if you’re a non-technical founder
• the process of taking an initial idea & evaluating its business potential
• applying the same logic to his new company, Flick, going after the podcast market

(1) Bootstrap vs Venture Capital – when and why you should raise venture capital vs going at it on your own, retaining more ownership
(2) Selling his company for $465mil – the nuance in what that translates to for him as the founder, how common vs preferred equity works and what he’s learned from that process
(3) Coming Up With Business Ideas – where to look for business ideas & what not to do
(4) Customer Acquisition, Growth & Customer Lifetime Value – how his team spent hundreds of millions of dollars to acquire millions of paying customers at an effective cost-per-acquisition & measure customer lifetime value
(5) Turning An Idea Into A Viable Business – logic and thought exercises he uses to figure out if his idea has a potential market
Subscribe to Creator Lab videos on YouTube here.

Thank you to our sponsors who help make this show possible:

SquareFoot, where growing companies find their place, check out SquareFoot.com/creatorlab to find your next office space. 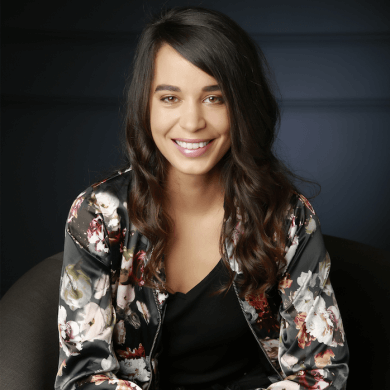